This month, cyclist Jennifer George motivates us with tales of training, self-belief, and getting back in the saddle after a catastrophic injury.

Eight years ago, naturally sporty Jennifer was a ‘complete cycling newbie’. Now the Scottish-born London-dweller is a full-time road racer and is supported by our good friends at Oatopia. In 2018, she’s gearing up to take part Canada’s UCI Grand Prix Gatineau and the Time Trial Chrono the following day. Here’s how she went from stabiliser wheels to pro cycling…

‘In 2012 my husband and I started to cycle together,’ Jennifer explains. ‘We set a goal to ride the hundredth Étape du Tour in June 2013.’ This is a gruelling 128km mountain stage of the Tour de France. ‘After completing this goal, the idea that other riders kept suggesting in training was: “You should race”.’

It’s not been smooth sailing – or cycling – since. ‘Last year I had a seemingly innocuous crash. However, an MRI scan revealed severe knee damage. I was told I needed an operation to walk pain-free and that I would never ride a bike again.’ With her degree in physiology and sports science, Jennifer was undeterred. ‘I decided I would walk, run and ride again, but I would do it in a non-invasive way – good old physiotherapy, grit and determination.’

Jennifer clearly has a steely core – and plenty of optimism, too. ‘In 2016 I finished seventh at the Tour de Yorkshire. It’s a moment I cherish, the day I started to believe – a belief that was rewarded with fifth place at the British National Road Race Championships 2016. I’d been hoping for Top 10!’

Riding all over the world, in a multitude of conditions… is there such thing as a typical day? ‘It varies, but one constant is breakfast: porridge and black coffee – I don’t even dress till I’ve eaten!’ she says. ‘For a long endurance ride, I have a HUGE bowl of porridge. For a shorter intense session, a BIG bowl. My go-to topping is desiccated coconut, raisins, cinnamon and fresh strawberries or frozen red fruits.’ Yum.

‘It’s a wonderful thing, riding a bike,’ concludes Jennifer. We have to agree. And if you’re raring to go, here’s her advice: ‘Join a club, ask questions, and learn from every ride, race and encounter. You don’t need the best kit – just a suitable bike, helmet, shoes and Lycra.’ 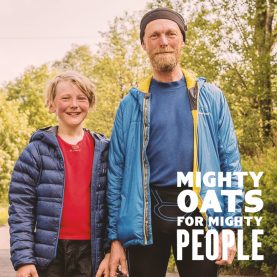 Richard and Tom Seipp, Cyclists
We’re back with another instalment of our exciting new story series in which we...
By Mornflake 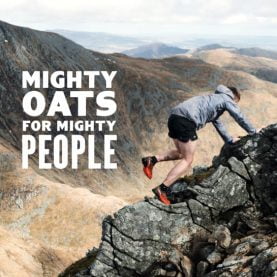 Ross Spalding, Adventure Runner
Welcome to the first instalment of an exciting new story series in which we’re...
By Mornflake