We’re back with another instalment of our exciting new story series in which we talk to mighty people from around the world. It’s all about truly inspirational individuals from all walks of life and getting motivated by epic achievements.

Welcome back to Mighty Oats for Mighty People.

This time, it’s all about the pedal power of Richard and Tom Seipp, a cycling duo with a difference: they’re father and son, and they race side by side.

Dad Richard, and 13-year-old Tom, certainly aren’t afraid of a challenge – together, they’ve completed the legendary Strathpuffer24 four times. This annual non-stop 24-hour mountain-bike endurance event takes place in the Scottish Highlands – in the middle of winter. Which means cycling through 17 hours of darkness, freezing temperatures, ice, wind, hail, mud, snow… ‘You need mental strength,’ explains Tom, who first completed the race, accompanied by his dad, when he was just nine. ‘But just enjoy yourself. If you have fun, you’ll have fond memories of your achievement.’

This isn’t the only wild ride the pair have encountered – for Richard, Scotland’s Highland Trail 550 beats the Strathpuffer24 for pure stamina. ‘It’s 550 miles off-road through some remote parts, with a fair amount of bike pushing,’ he says. While Tom recalls, ‘the hardest challenge I’ve faced was Holland’s De Zeeuw Van Vlaanderen – 300km in harsh winds.’

Surprisingly for such a dynamic family, they’re definitely not morning people. Richard says they get up, ‘Just in time! We grab some food and get out on the bike. Our thing at breakfast is fast and light – granola or muesli.’ Tom agrees: ‘I’ve had to get used to the whole “early morning” thing. I will usually have a big bowl of Chocolatey Squares to keep me going.’

On the rare occasions they’re not cycling, you’ll find the Seipps camping – ‘We usually take some cereal calories,’ says Richard – or even baking. ‘We use oats to make Anzac biscuits and apple crumble.’ And when the adventurous family do get back to their bikes? ‘We’re hoping to ride the 2,750-mile Tour Divide,’ says Richard, a route that runs the length of the Rocky Mountains from Canada to Mexico.

If you’re eager to strap on a helmet and get going, Richard advises plenty of practice, and taking a friend along. ‘Build up the miles over the summer and autumn,’ he says. ‘Riding in a team of four is more fun than riding solo.’ And, of course, make sure you fuel yourself with mighty Mornflake oats. 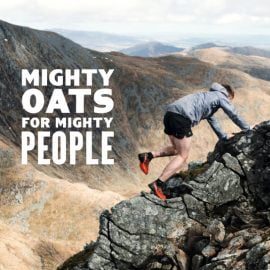 Welcome to the first instalment of an exciting new story series in which we’re on... 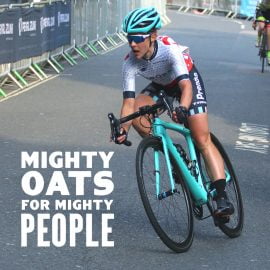