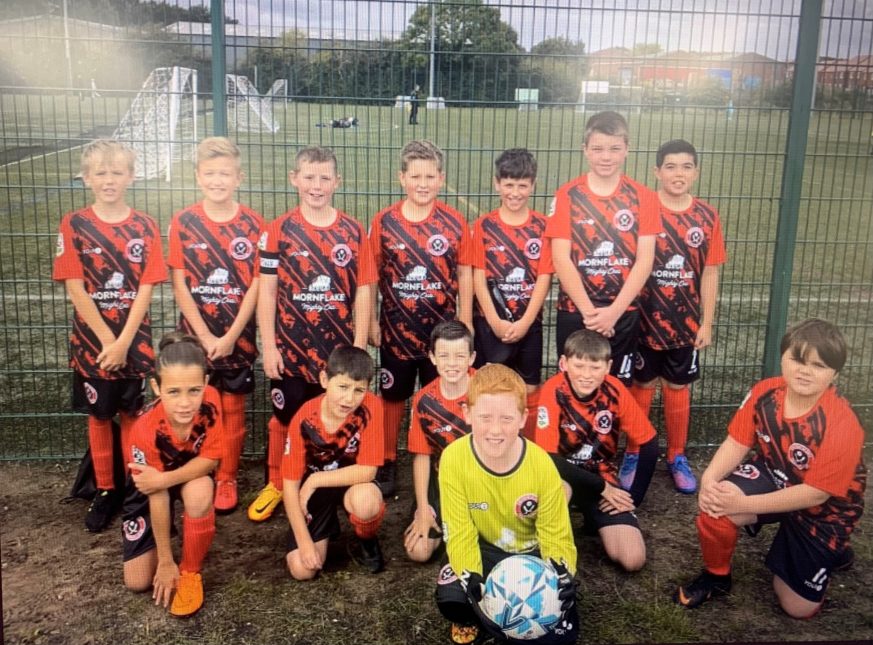 We’re honoured to support The Rangers, a team for children aged under 11 as part of Cheshire Blades FC, with their new kit.

The nine-a-side team, based on the sports ground behind the Peacock pub in Willaston, have got the season off to a great start, winning 5-2 in their first match.

Coach Paul Farrall, from Shavington, said: “Cheshire Blades FC was founded in 1995 and is one of the largest independent junior Football Clubs in the North West.

“The club’s ethos is to provide more than a place for games of football. We aim to teach valuable life lessons and create an environment where everyone will feel welcome and comfortable.

“My boy, Connor, 10, has progressed and developed with the team. It’s given him loads of confidence and keeps him active.

“Also, with most of the players coming from the Crewe and Nantwich area, they have formed strong friendships on and off the field.

“Cheshire Blades has many teams for boys and girls in different age ranges up to 16 and having the new kit has certainly given The Rangers boys a lift for the new season.

“They were so excited to take their kit out of the big box it arrived in and run on the pitch.”

The Rangers, which began as the Mini Kickers, are now in their fifth season of playing matches across South Cheshire.

Paul, a recruitment manager whose daughter also plays for the Cheshire Blades under-15s Falcons, added: “Everyone involved in the Blades has a real passion for encouraging kids to enjoy football no matter what their skill set.

“Our Sunday morning training sessions attract over 60 children to the Peacock and that number is growing week by week.

“We are also looking to encourage children to get involved in nature projects round the ground.

“Without businesses like Mornflake, valuable clubs in the community would struggle to fund and continue. Everyone knows this local company’s name and we are so grateful for the support.”

James Lea, managing director, said: “For years we have been proud shirt sponsors of Crewe Alexander FC and our name is seen above the stadium.

“We appreciate however not all football fans will grow up into league players.

“We feel it’s important just to get children out kicking a ball and being part of local groups where they can enjoy camaraderie and be part of something.

“Well done Cheshire Blades for creating so many opportunities.” 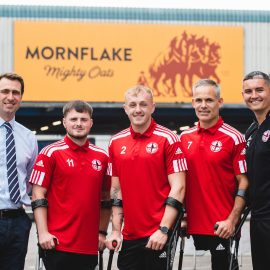 We are honoured to support England Amputee Football Association (EAFA) as they campaign to raise... 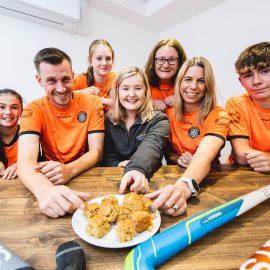 Sandbach Hockey Club has found the recipe for success as it welcomes more people from...